About three to four times a week I get asked a question: “Crystal, do you know of a good studio? I need one.”
Well, I do know of several good studios and Lasting Sounds Studio is one of the best.
Lasting Sounds Studio has been in the recording business for a long time . . . over twenty-five years! If a studio has been around that long it’s because they know what they’re doing! People come back year after year to record with them and the quality of the recordings coming out of Lasting Sounds Studios remains of the highest standard year after year. Lasting Sounds Studio is operated by Rev. Lyons Smith and his daughter, Karen Benton, who are some of the nicest and most musically talented people I know. They have a first class studio in Blountville, TN which isn’t far from Kingsport. The studio is acoustically designed and features top rated equipment (MCI, Newmann, Electrovoice, AKG, JBL, AMS to name a few brands). They have a Hammond B3 Organ, a Kawai grand piano, and an isolated drum booth. Need musicians and backup singers? They’ve got you covered with some of the best musicians/singers in the business. Whatever you need, they can take care of it.

Wise words from a wise man.

No matter what you’re going through, you’re not alone. HE is with you, always.

Something to remember when you’re going through a rough patch…

It’s a new year! What will you do with it?

We’re excited about what God has in store for us in 2019! 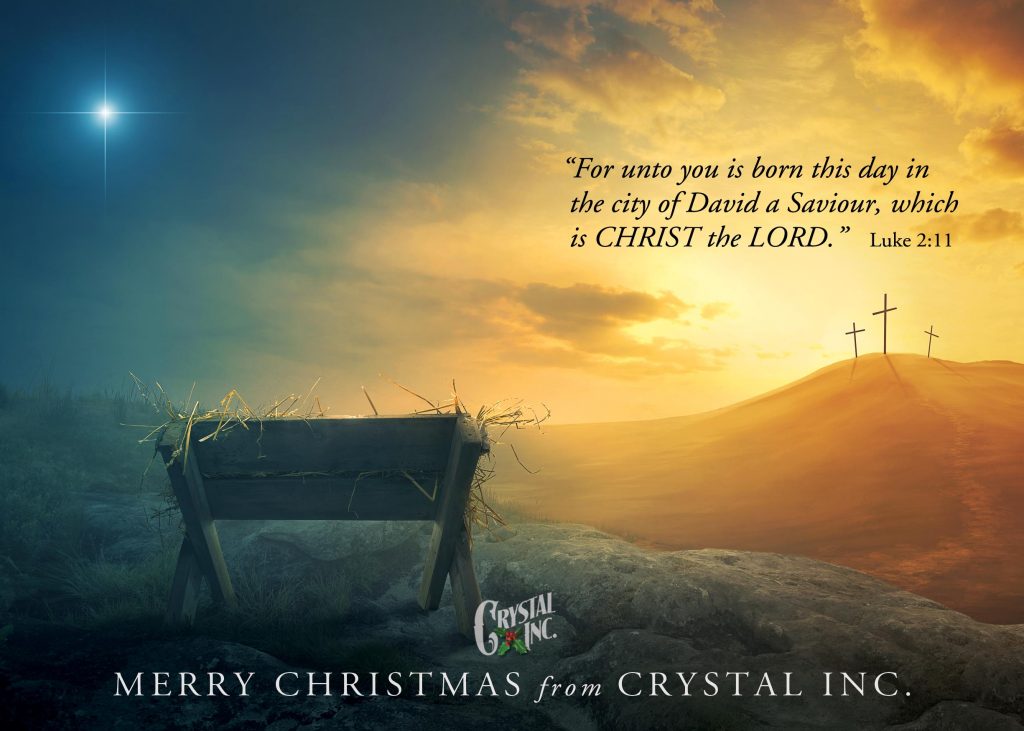 Crystal Inc. will be closed December 24th 2018 through January 6th, 2019 for the Christmas and New Year’s holidays.  We will reopen January 7th, 2019.  We wish you the merriest of Christmases and a wonderfully blessed New Year. 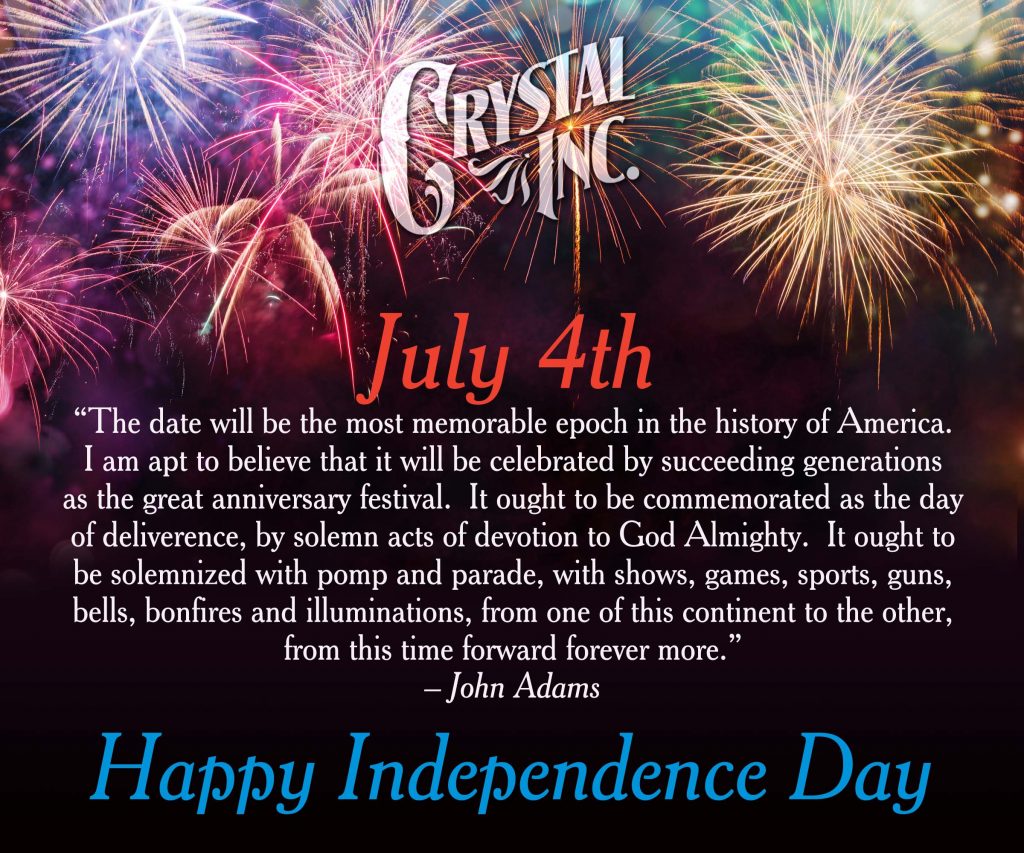 Crystal Inc. Will Be Closed July 4th  – July 9th In celebration of Independence Day.  We will reopen July 10 at 9:00 am.  We hope you have a safe and blessed Independence holiday.

Crystal Inc. will be closed from December 25th until January 7th in celebration of the Christmas and New Year’s holidays. 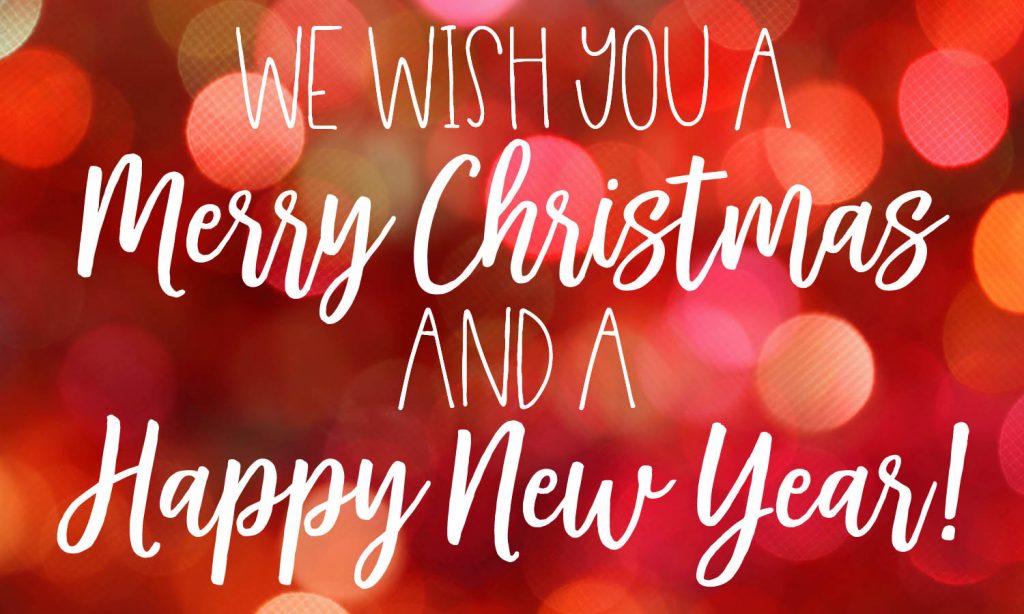 We will reopen Monday, January 8th at 9am.  We pray you have a very blessed New Year and we look forward to working with you in 2018!

Merry Christmas from all of us at Crystal Inc.